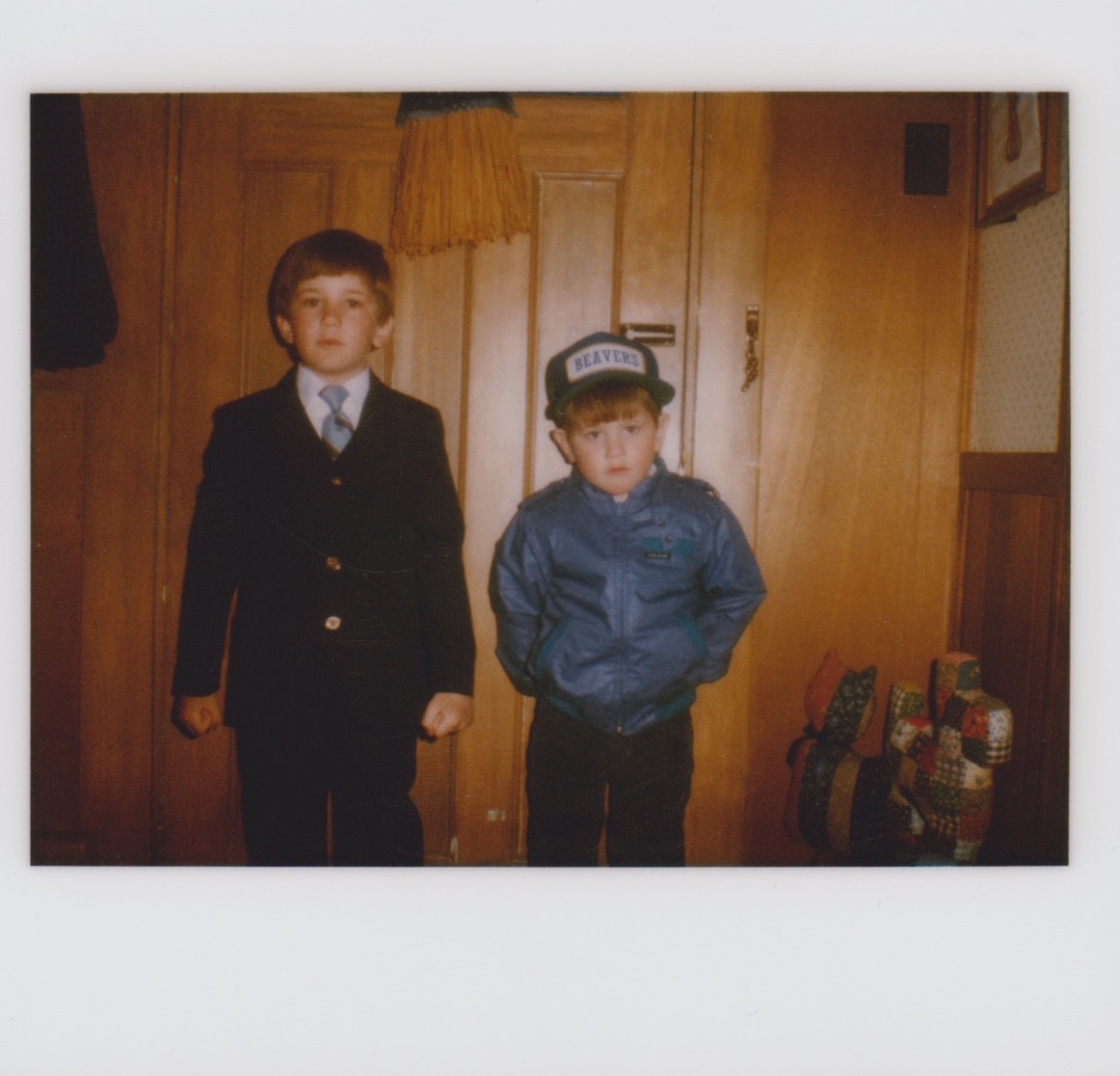 So, brother, is this OK?

My history with music has almost everything to do with my brother, Dane. He has two years on me, which is just about the perfect amount of time to create a sort of hybrid mentor-peer relationship. From my first awareness of radio onward, my perception and exploration of music has been filtered through the lens of, “What does Dane think?” At times, this has dismayed me. Like other aspects of life, it has left me wondering how much of my destiny (and personality) lives outside my own control. How much of who I am is just a poor facsimile of my brother? Of course, as we both matured, and Dane went off to college, and I moved out West, my individuality blossomed and my distinct tastes and traits came into focus. So, now in our mid-thirties, I look upon my music relationship (well, my relationship as a whole, actually) with my brother with great fondness. I have cherished the glimpses I have gotten into his musical journey through his 2014 quarterly mixes, his own recordings, and his lion’s den tumblr. And the chances we get to discuss music and collaborate are energizing and very special to me. His seemingly boundless creativity and thirst for new music is an inspiration, no longer weighed down by the sort of shaming, “you can never be as good as me,” quality that I used to impose on them. So, today I’m proud to share with my brother and the world a mix I made for him. Last weekend, we talked and decided to each make a mix for the other. A sort of summary of the last year in our personal listening experiences. We came up with a set of prompts, or instructions, to frame up the mixes and create a collaborative theme to the collection. Read on to learn about the selection criteria and the choices I’ve made for Dane’s mix. So, brother, is this OK?

SELECTION INSTRUCTIONS
We established a set of instructions to guide our song selections and ground our mixes in a shared theme. We required that the mixes be 8 songs long so as to allow them to qualify for posting to 8tracks, but I ended up throwing on some extra picks just because. Below are the official rules, so to speak.

Footnote: Notably missing from your quarterlies, and this mix, are representatives from the Spoon and New Pornographers releases from last year. The new adult-contemporary has been light-weight indie for a decade now. And I just can’t look past a certain “adult” quality (or is that commercial, particularly with Spoon?) to what I heard of these albums.